Luck was with us yet again weather wise on Sunday no rain although quite muddy in places as promised. A nice even number of 14 plus Meg, a cute black and white Border Collie set off from Shackleford Village for a 5 mile walk.


Heading off in the direction of Eashing we stopped for our coffee break at St. Nicholas Church at Peper Harow. The church dates back to Norman times although very little remains of the original medieval building.


In 1826 the western tower was added, replacing a wooden bell-turret with shingled spire. Unfortunately, the church sustained considerable fire damage in December 2007. As you will see from the lovely photos taken by Margo, restoration has been completed.


The route continued around Norney and Hurtmore through fields and woodland carpeted with Snowdrops; concluding at the Squirrel at Hurtmore for drinks etc.

John and Margo led a very enjoyable 5 mile walk with some splendid views from the Woolpack at Elstead, the route encompassed Bagmoor, Ockley and Elstead Commons. The going was remarkably good considering the amount of rain fall we’ve had lately. As you can see from the photos we were fortunate with the weather too, a nice dry crisp winters day


It was nice to see a good turnout of members with 18 staying on for lunch. Whilst the intention was to celebrate the New Year albeit belatedly; it also marked Southwest Surrey Walkers 10th anniversary.


Some of you will be aware that the group was formed in 2006 by Stephen Colbrook; in fact the very first SWSW walk was led from Elstead on the 1st January 2006. Although Stephen has since moved to the West Country the group continues, run by a small group of members. 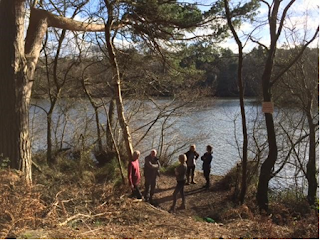 Coffee Break Beside a Lake 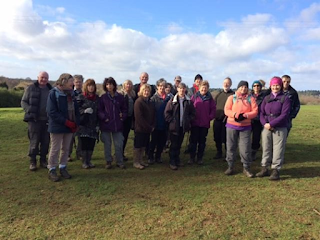